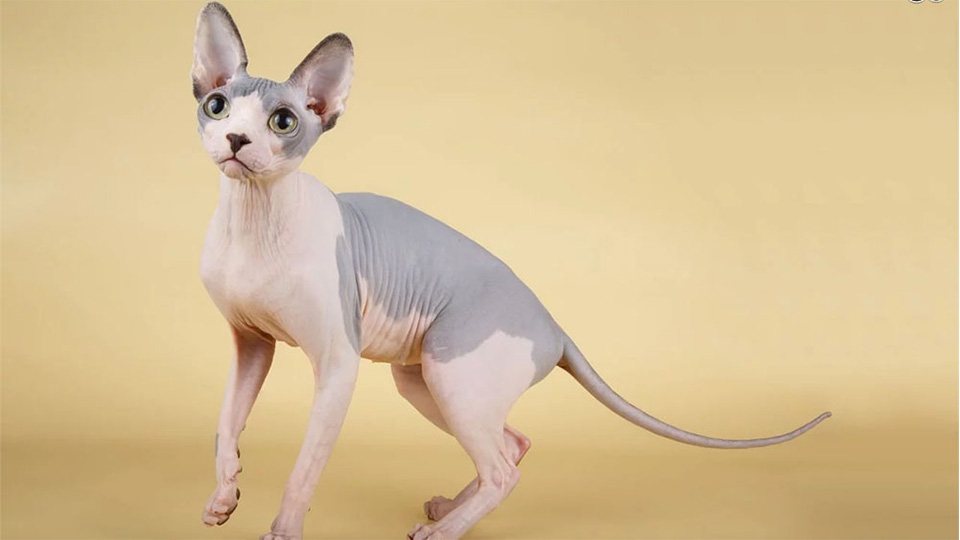 Family pets are one of the most widely loved things worldwide, period. Alongside dogs, cats make the cut as the most loved and most common household pet that many families own. Our furry friends come in all colours, shapes and sizes and definitely possess all kinds of attitudes. In this article we’ll take you through some of the most common household cats, so don’t be surprised if you find your furry family member’s long-lost cousin in our list as well. So, in no particular order, here we go:

Persian cats are characterised by their round face and shortened muzzle. They are one of the oldest cat breeds and their roots can be traced back to Persia (Iran), hence their name. This cat is definitely high-maintenance and needs to be groomed daily, though they make up for this with their affection and loyalty. Persians are a devoted and laidback cat, though the hair situation that you inherit by owning one can be nothing short of a nightmare. 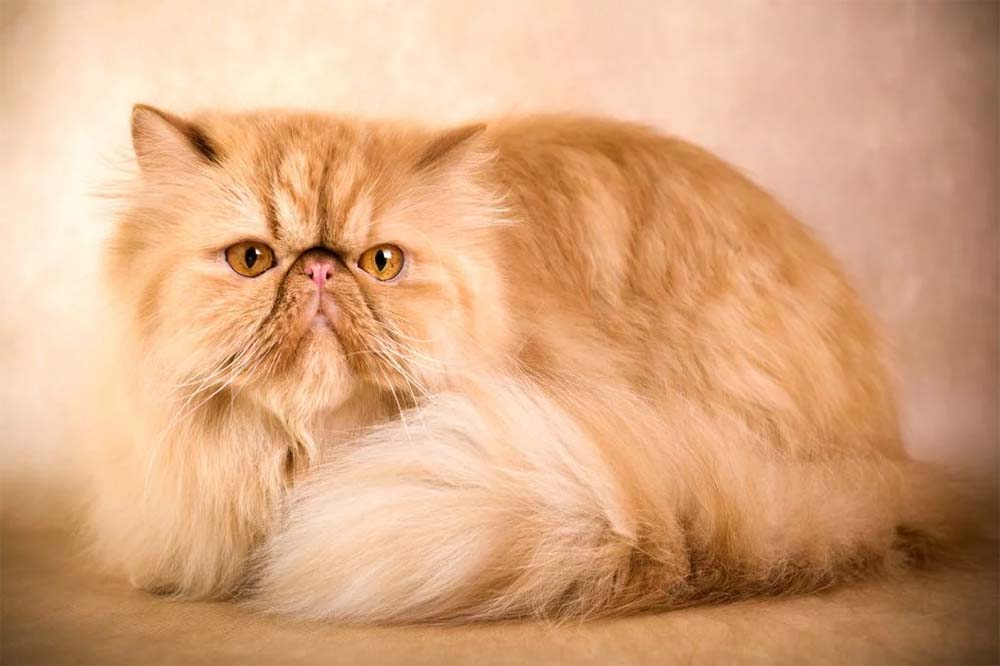 An oriental cat, the Siamese cat’s roots have been traced back to Southeast Asia, though its exact origins are unknown. Its head is triangular, snout is thin and its eyes are almond-shaped and oblique. A Siamese cat’s body is elegant, slim, stylish, flexible and muscly all in one. Its hair is short, fine, glossy and soft. These cats love constantly being the centre of attention. In fact, they demand attention. Don’t be surprised to hear your Siamese cat making a fuss if you’ve been ignoring it. They love to have a chat and be stroked. As a result, they’ll be extremely close and loyal to one person. 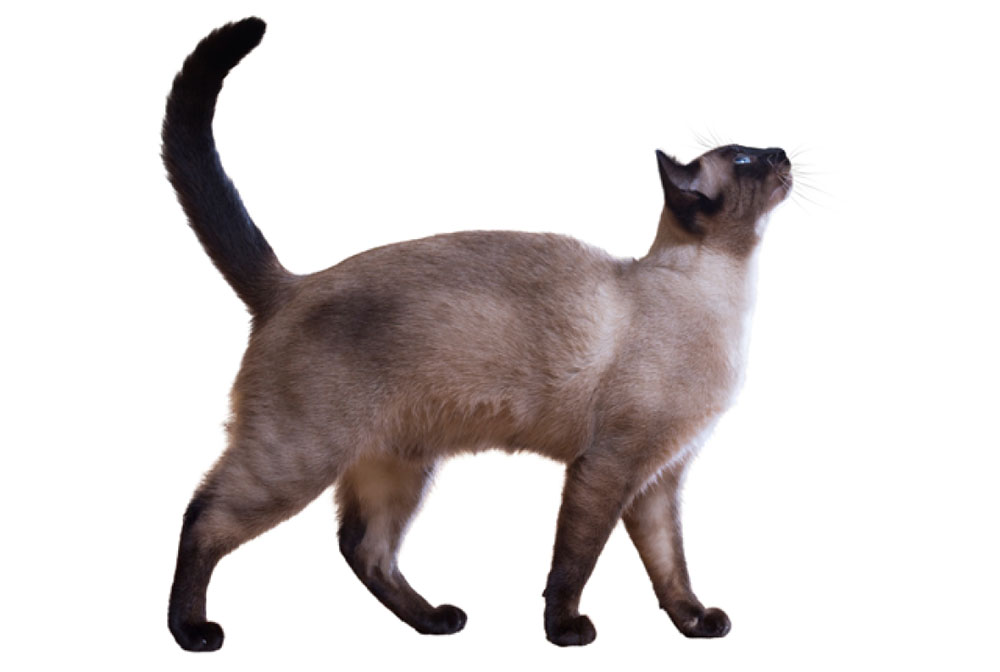 The Maine Coon cat is most recognisable for its rectangular body shape as well as its long and flowing coat. This is a highly intelligent breed of cat. It’s typically big boned and is recognised as one of the largest domestic cat breeds. Full grown males often weigh between 6 and 9 kilograms while females come are typically been 5 and 7. Though they have long fur, Maine Coon cats don’t require nearly as much grooming as a Persian. They’re perfectly safe with kids and make for a loyal household cat. 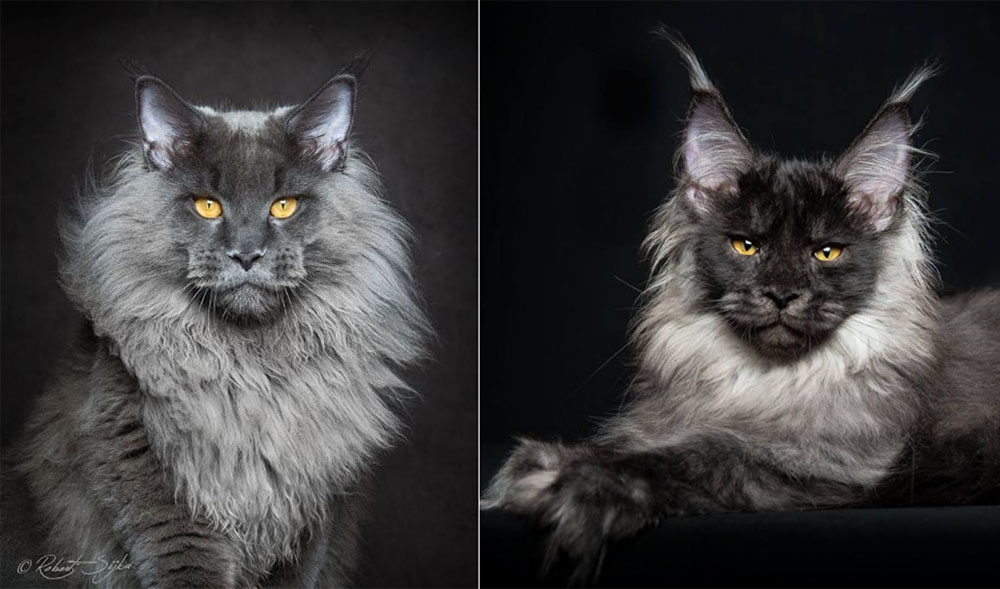 The origins of the Abyssinian cat are unknown for certain, though there are many stories of the its origins tracing back to Egypt. These cats have a medium-length coat that’s dense and silky to touch. An Abyssinian cat’s hair is typically lighter at the root and then gets darker toward the tip with three of four darker-coloured bands. These are very active and playful cats. They love keeping busy and love people. 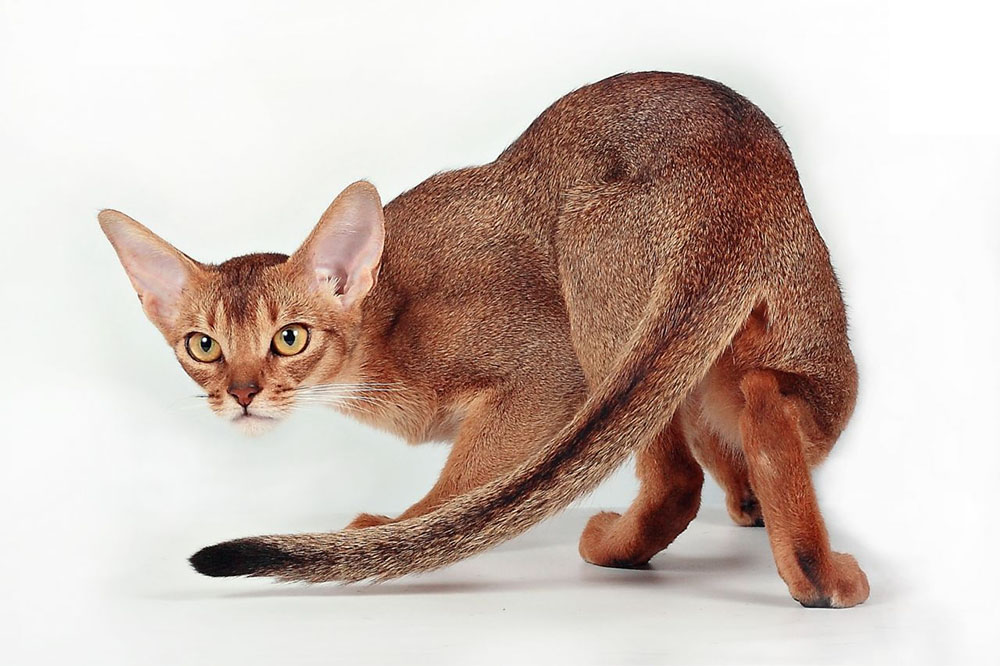 Distinguished by its blue eyes and opal coat the Ragdoll cat is one of the largest domestic cat breeds. It has a sturdy and muscular body with a medium-length soft and silky coat. The Ragdoll breed got its name for its tendency to go docile and placid when picked up. These cats are very gentle, as well as affectionate and easy-going. They are a perfect household cat and are not well suited to the outdoors due to their docile nature. 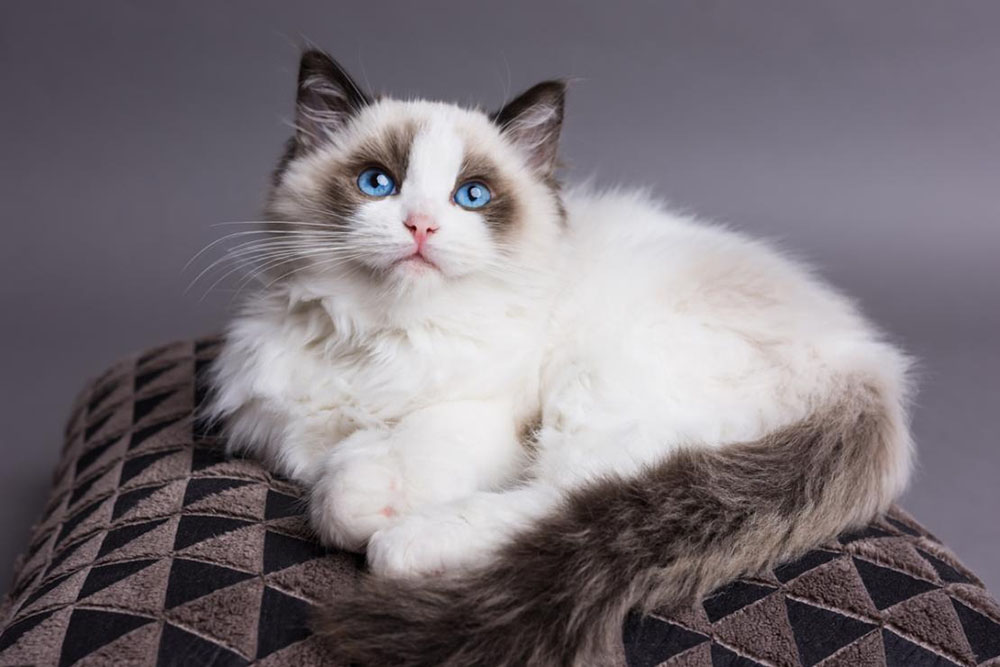 The Exotic cat is a result of American breeders crossing the American Shorthair and the Persian during the 1960s. This breed of cat has a more gentle and calm personality like the Persian, though it is a livelier cat than the American Shorthair. This cat rarely makes a sound and is really friendly with other dogs and cats, perfect if you can’t decide whether you’re a dog or cat person. A capable mouse hunter, the Exotic Cat is a perfect household cat and is ideal for apartments due to its calm and steady nature. These are excellent lap cats as well. Exotic Cats tend to show more affection and loyalty than most other breeds. 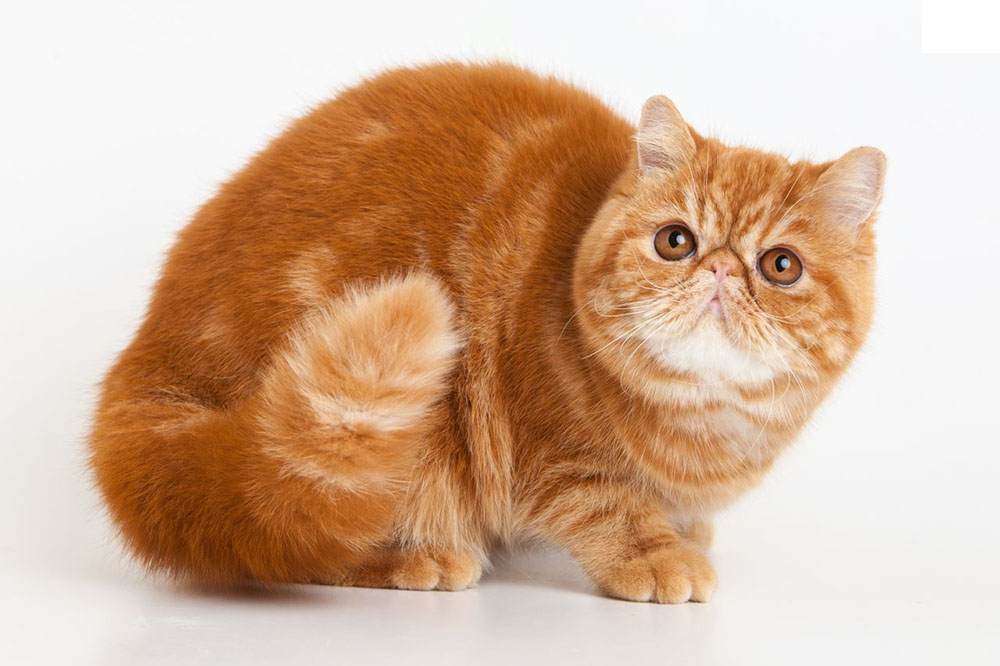 As far as cats go, a Savannah cat is as close as you’ll get to owning a dog without actually having one. These cats are extremely loyal and will follow their owner all around the house. Savannah cats can be trained to walk on a leash and to fetch as well. They are very friendly and social with new people, as well as other cats and dogs as well. Furthermore, cats are very curious. They get into all sorts of situations and have been known to open doors and cupboards due to their inquisitive nature. These are also one of the rare cat breeds that don’t hate water. They will often immerse themselves in water and some owners have also been known to shower their cats. 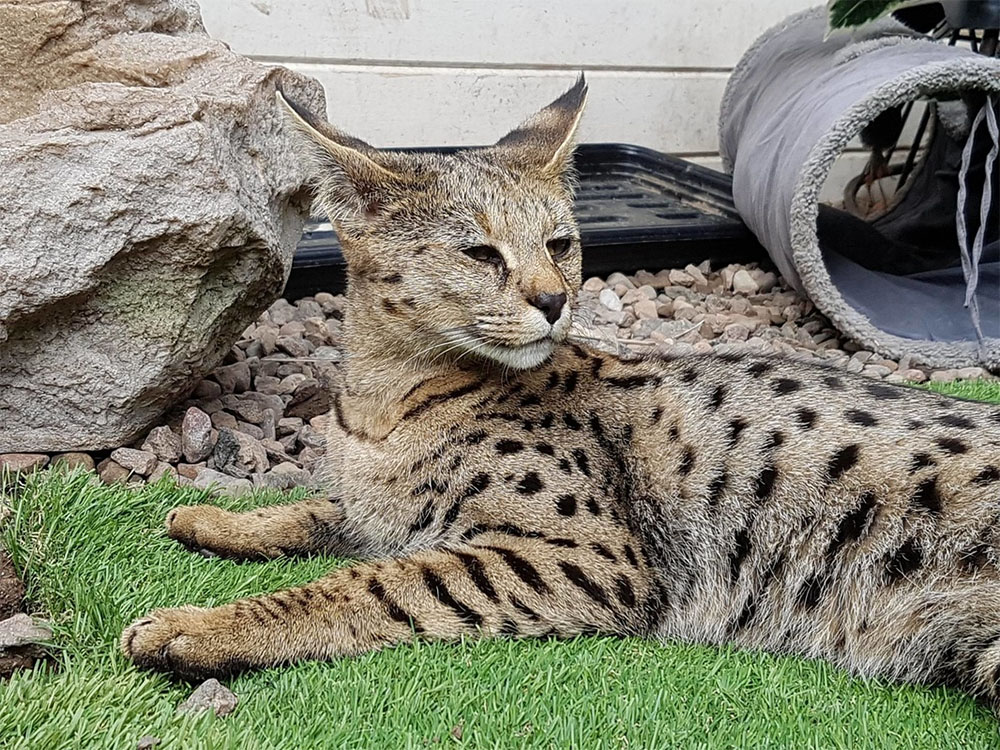 Burmese cats are another of the most common household cat breeds. They typically have yellow or gold eyes, though cross-breeding with Siamese cats often results in blue or green eyes. Genetically speaking, however, it is impossible for a purebred Burmese cat to have blue or green eyes. Its coat is typically glossy and has a satin-like finish. Much like the Siamese, Burmese cats tend to be vocal. They are at the same time, however, really bonded and trusting of their owners. 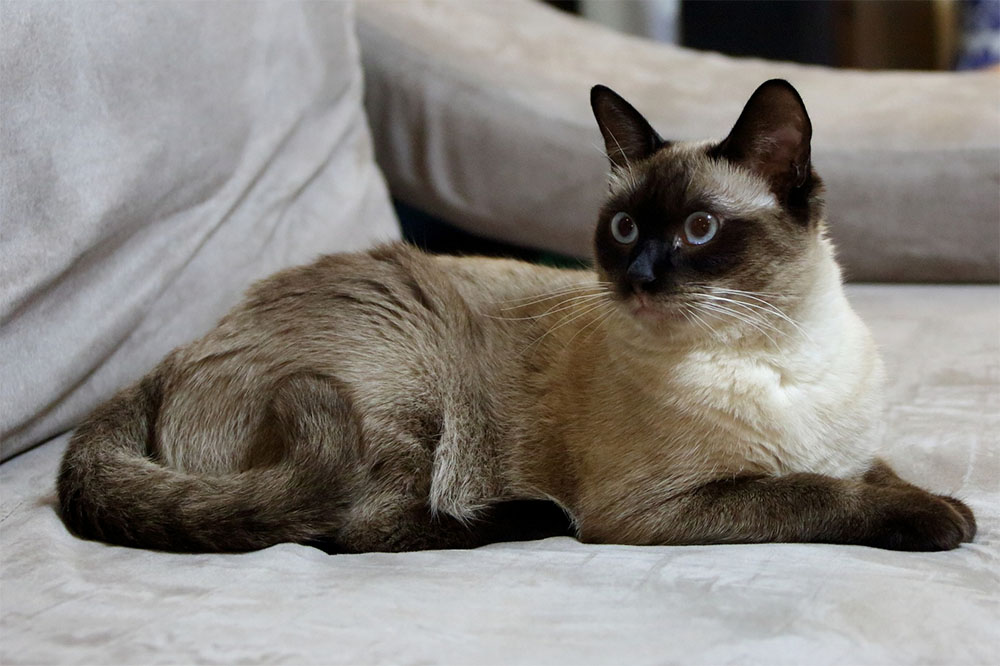 Manx cats are sometimes known to be completely without a tail and this is their most distinguishing feature. This occurs due to a natural mutation of the spine, which leads to cats within the breed typically having varying tail lengths. Manx cats are considered skilled hunters and are commonly sought by farmers with serious rodent problems. A Manx cat’s rear legs are longer than its front legs. Its ears are smaller than that of most other cats and its face is round. Manx cats can come in just about any colour as well. 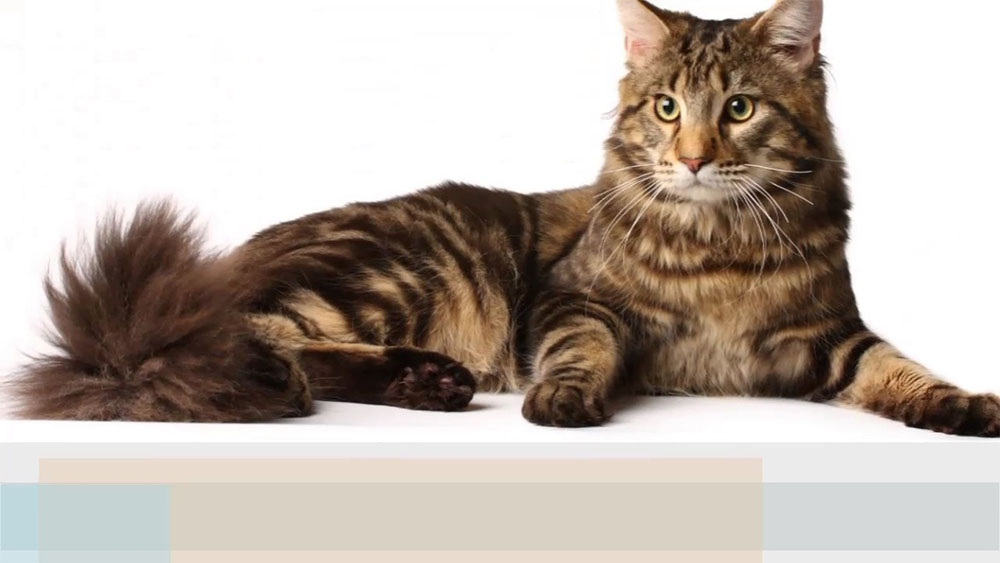 Known as both the Hairless and Mexican cat, Sphynx cats are known for their complete lack of a coat. This cat often cuddles up against other cats, animals or even humans, as they have no fur of their own to keep them warm. In fact, it’s completely normal for a Sphynx cat to sleep under the covers with its owners. Unlike many other cats as well, Sphynx cats require regular washing. They are extremely curious, energetic and affectionate and they also have unusually large eyes. 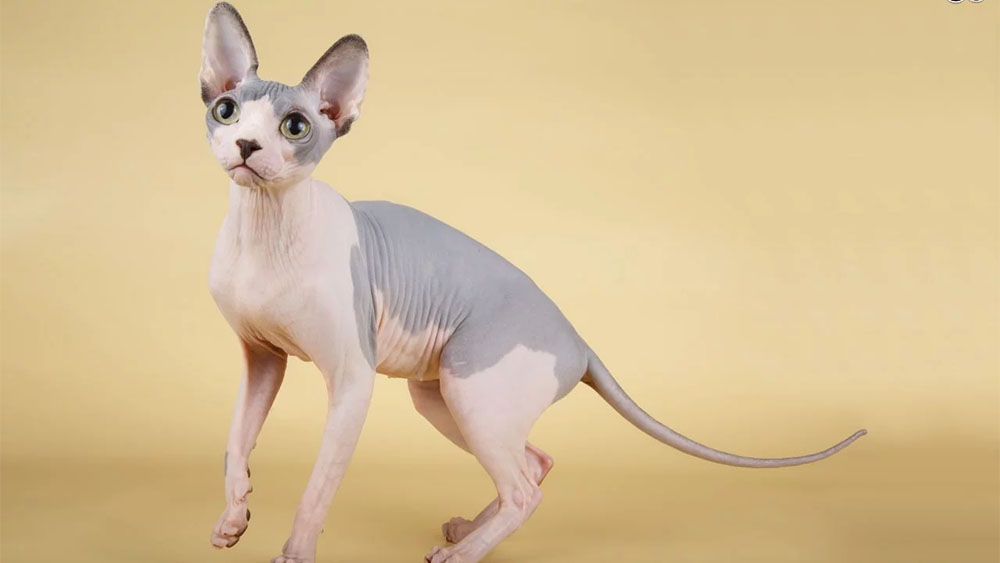